Jim joined Golden Eagle Insurance in November of 2018 as a VP of Regional Business Development. He will primarily be 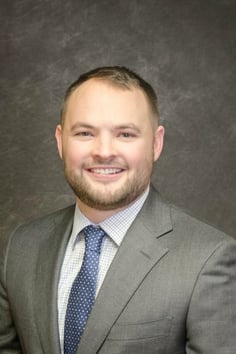 consulting with lenders in California and Colorado.  Jim is a graduate of the United States Military Academy at West Point with a major in Economics. After graduating from West Point, Jim spent time at Fort Stewart, Georgia as an Infantry Officer. After his time in the Army, Jim sold commercial real estate and worked as a mortgage banker at a number of companies. Jim currently resides in Hilliard, Ohio with his wife Brittany and enjoys traveling, hunting, backpacking, and cheering on the Army football team in his free time.

Click here to schedule a meeting with Jim Perry.

© 2020 Golden Eagle Insurance . All rights reserved. **WE ARE NOT AFFILIATED WITH GOLDEN EAGLE INSURANCE COMPANY IN CALIFORNIA**