Our solutions-oriented team of experienced professionals has walked in your shoes.

How Can We Help 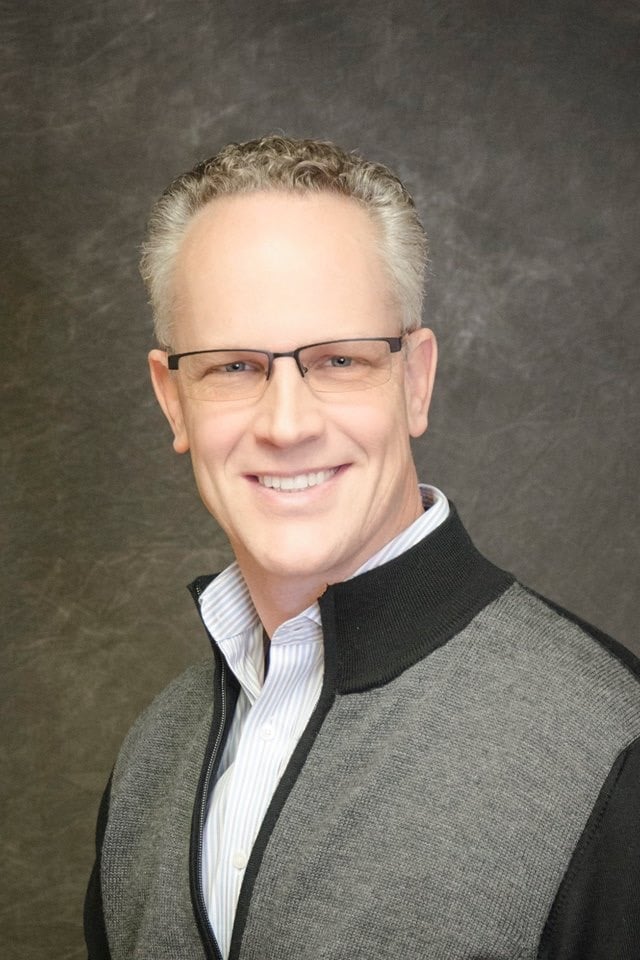 Bill founded Golden Eagle Insurance in 1995 with a strong passion to provide the highest levels of customer service that lenders said was lacking from others in the industry. With now over 25 years of experience in the specialty insurance field Bill has grown the company into one of the largest providers in the nation. He and the staff at Golden Eagle attribute their growth to meeting the high customer service standards that have been in place since Golden Eagle’s founding. Bill graduated with a degree in engineering and economics from the U.S. Military Academy at West Point, New York in 1989 and had tours of duty in Germany and in the Persian Gulf with the U.S. Army. Bill has 5 children and lives in Dublin, Ohio with his wife. He enjoys The Ohio State University sports, hunting, and the outdoors in general.

Brian currently serves as the Senior Vice President of Customer Success. Brian joined Golden Eagle Insurance in April 2002, with over 15 years of financial institution experience. After graduation from Mount Vernon Nazarene University, he married his wife of 28 years and resides on their third-generation family farm with his two sons. Brian adopted the company motto of “Great Programs with an Attitude of Service” when he joined the company and still believes and practices this motto with every client contact today. 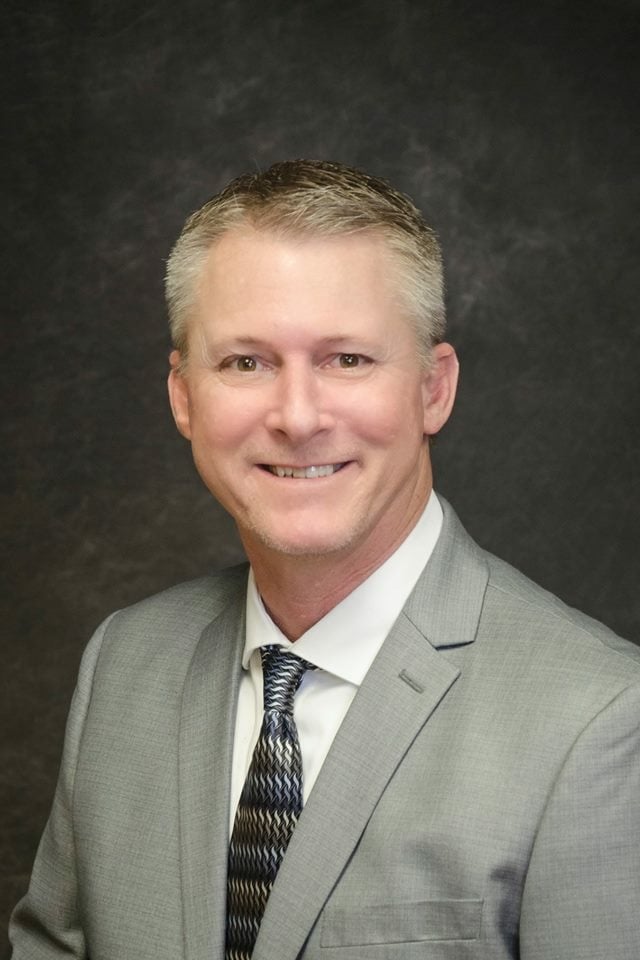 Tod began his Golden Eagle career in 2009 as an agent. He currently oversees national sales efforts while also servicing customers in Ohio, Indiana, and Florida. After graduating with a B.S. in Business from Miami University in 1989, Tod has spent the past 31 years in the lending and financial services industries in various leadership and sales roles. His experience includes management positions with Wells Fargo Financial, Option One Mortgage, John Deere Credit, and Chase Home Lending. Tod makes his home in Johnstown, Ohio, with his wife and two sons. Tod enjoys playing golf in his spare time and rooting for The Ohio State Buckeyes.

Having joined Golden Eagle Insurance in November 2017, Brian serves as a Vice President of Regional Business Development. Brian is a graduate of The Ohio State University, with a B.S. in Allied Medicine. For the last 15 years, he has gained experience in various aspects of sales and business management, including time in mortgage banking and credit consulting. He understands the lending challenges that community banks and credit unions face across the landscape of this great nation and is motivated to offer them solutions to improve their overall strength. He and his wife cherish the daily challenges and delights in raising their four young daughters, life is certainly busy. 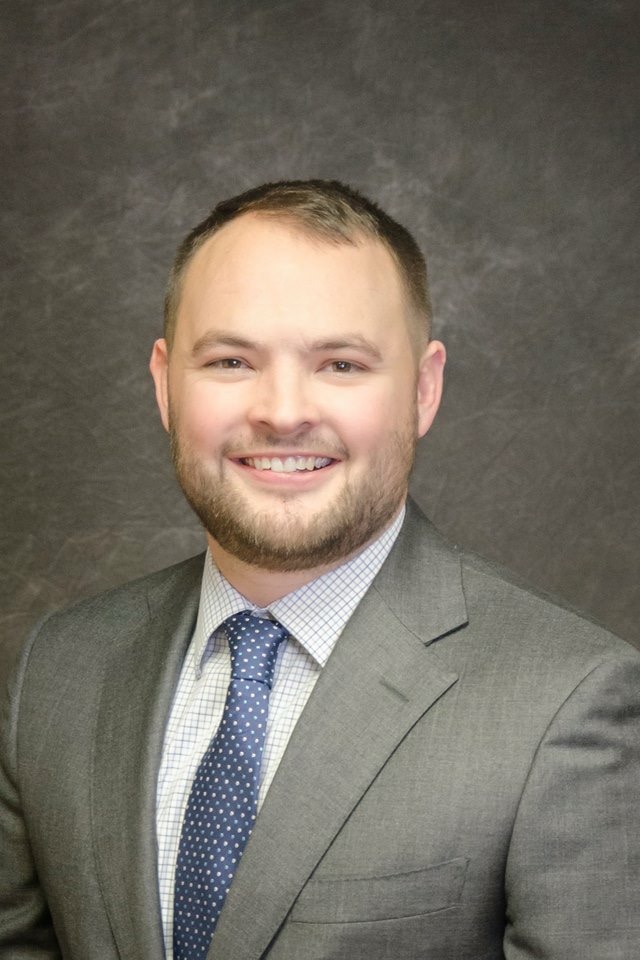 Jim joined Golden Eagle Insurance in November of 2018 as a Vice President of Regional Business Development. Jim is a graduate of the United States Military Academy at West Point with a major in Economics. After graduating from West Point, Jim spent time at Fort Stewart, Georgia as an Infantry Officer. After his time in the Army, Jim sold commercial real estate and worked as a mortgage banker. Jim currently resides in Hilliard, Ohio with his wife and enjoys traveling, hunting, backpacking, and cheering on the Army football team in his free time. 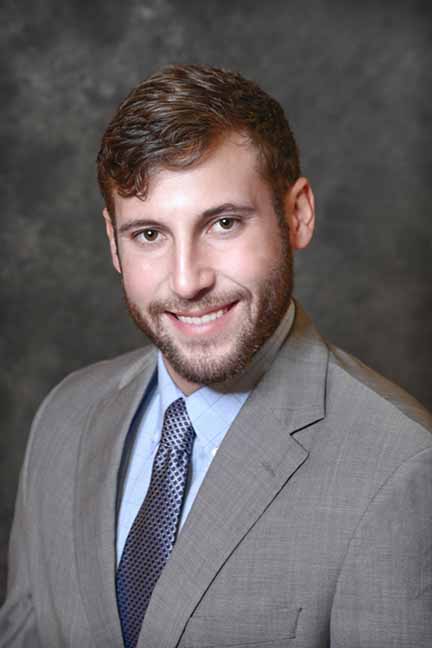 Allen joined the Golden Eagle Insurance team in October of 2019 as a Vice President of Regional Business Development. Allen is a graduate of the United States Military Academy at West Point with a major in Mathematics. After graduating from West Point, Allen spent time at Schofield Barracks, Hawaii as an Infantry Officer. Following that assignment, Allen was selected to join the 75th Ranger Regiment at Fort Benning, Georgia, where he served as the Reconnaissance Company Operations Officer. Allen currently resides in Columbus, Ohio, and enjoys traveling, the outdoors, sports, and reading.

Joe joined Golden Eagle Insurance in November of 2019 as Vice President of Regional Business Development. Joe attended Ohio University and has spent the last 35 years in the Community Banking and Credit Union industries. His experience includes Senior Management positions in the areas of lending, credit administration, operations, branch administration, and loss mitigation. Joe resides in Ironton, Ohio with his wife, and enjoys spending time with his daughter and grandchild. In his spare time, Joe enjoys fishing and sports-related activities.

Blaine joined Golden Eagle Insurance in January of 2020. After graduating from Elon University, Blaine has spent his professional career in the consumer and mortgage lending industries in various sales and leadership roles. During this time, he has worked with lenders of all sizes in growing their loan portfolios, generating fee income, and transferring risk from their balance sheets. Blaine is a native North Carolinian and currently resides in Summerfield, North Carolina. In his spare time, he enjoys the outdoors and spending time with his wife and two kids.

Chareese joined the Golden Eagle Staff in January of 2017 with over 20 years of accounting and insurance experience. She has been instrumental in developing our new accounting system and streamlining many of our accounting functions to make our processes more “user-friendly” for our staff and clients.  Chareese attended Ohio University for two years and graduated with an Associates in Business Management from Columbus State University. She enjoys spending time with her family, cooking, traveling, and cheering for The Ohio State Buckeyes. Chareese is married and has 2 sons that she loves to boast about. 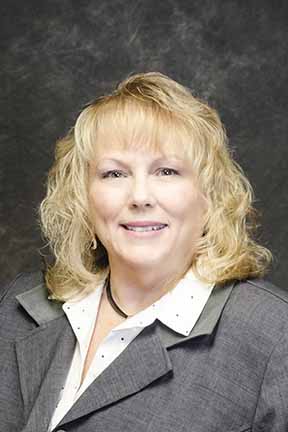 Karen joined the Golden Eagle staff in May of 2004 with over 20 years of banking experience. As a seasoned employee, she has held various positions within the agency. It is her pleasure to now be serving as Senior Customer Success Manager. Karen is a graduate of Elgin High School in Marion, Ohio, attended The Ohio State University and has completed many courses through the American Institute of Banking. She enjoys spending time with her family; making handmade crafts and attending her small-town church. Karen is married, has 2 married sons, and 5 precious grandchildren. 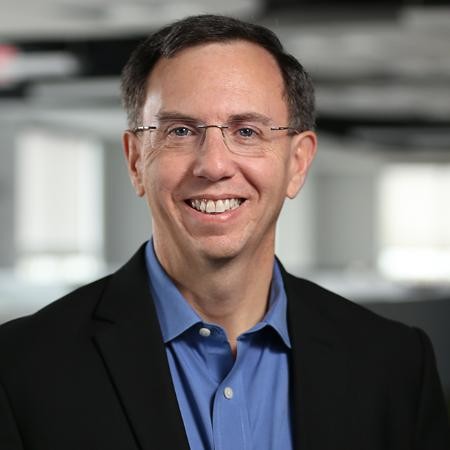 Joe Tyler is the co-founder and Managing Partner for SpringStart, an early stage investor in Saratoga Springs, NY. Tyler was formerly the CEO of Informz, a software company that he founded in 1997 and sold in 2017. He has a BS in Aeronautical and Astronautical Engineering from Purdue University, an MS in Aerospace Engineering from the University of Maryland and is a former US Army officer.

Ben retired from Trivantis, a leading eLearning Solutions provider, in 2011. He now spends his professional time volunteering and giving back to the community. His volunteering efforts have been focused on helping to raise money in the non-profit area, strategic advice for companies that are on the cusp of greatness and helping people who have been diagnosed with Young Parkinson’s Disease. Ben has a BA in Political Science, Communication, and Theatre Arts from Heidelberg University.

© 2020 Golden Eagle Insurance . All rights reserved. **WE ARE NOT AFFILIATED WITH GOLDEN EAGLE INSURANCE COMPANY IN CALIFORNIA**